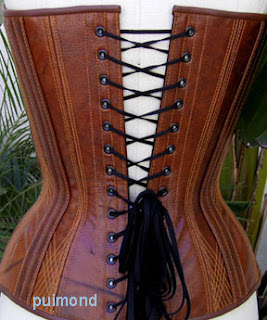 A few years ago I cobbled together a sterling and red coral necklace with a canary head. I have wanted to do taxidermy jewelry for years but wanted to wait until I had some decent metalsmithing skills so my starting point would be closer to the quality of Victorian era taxidermy jewelry. I didn't want to make rubbish taxidermy jewelry of the sort that some will remember from the
I got into my first metalsmithing class in January, which I'm loving. Learning to solder with a torch is a huge challenge but I'm looking forward to finally realizing some of the ideas I've had. I adore my teacher, Steven L. Smith. He provides the perfect balance of letting you learn from your mistakes (almost taking a perverse pleasure in allowing students to take themselves just to the brink of despair) and being present and supportive.
The first assignment was to saw, file and finish a personal logo. I did a 2 faced, hydrocephalic calf (wearing a crown as a nod to the animal enchantments that captured my imagination as a child) out of bronze. The (antique ready-made) bezel that dangles from it contains a piece of my son's amniotic membrane under glass. Most people guess that it's amber. 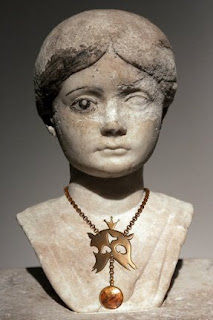 I brought my canary necklace and a stillborn kitten face I had done in to show the teacher what I had in mind. My new friend in this class, K., called over another long-time student to see my work. This other student (who shall remain nameless) makes an admirable and time consuming effort of pulling off a kind of goth/grunge? look. (I'm not sure if "grunge" is correct, she's a white girl with a lot of grungy looking dreadlocks) Anyway, it's A Lot of Look and very cute. (I'm also truly impressed that she hasn't spontaneously combusted working so close to flames) Unfortunately, her social skills leave much to be desired. She's pointedly unfriendly and extremely dismissive. Her only comment was "We have stuff just like that in our shop." (She's a seamstress at a local corset shop)
So I stopped by Dark Garden on my way home. I had no idea that I was about to step into the most Unpleasant Retail Experience of my Life. Seriously.
Posted by T. at 6:41 PM No comments: